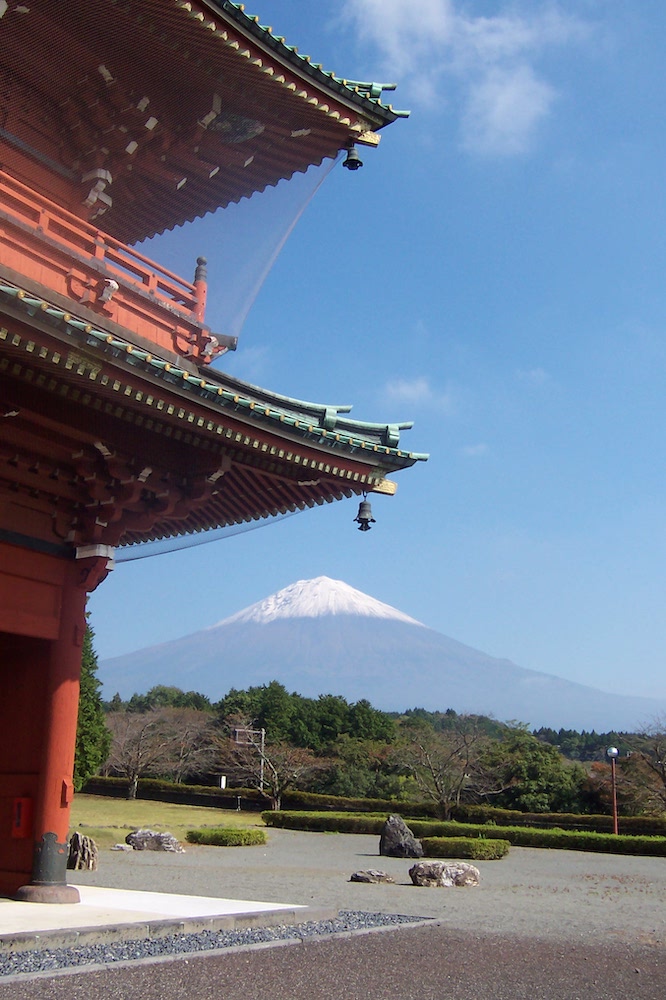 The name of this Temple is Taho Fuji Dai Nichirenge-zan Taisekiji. In October of 1290, this Temple was established by the second High Priest Byakuren Ajari Nikko Shonin, who succeeded the Founder Nichiren Daishonin. The name “Taisekiji” (Great Rock Temple) is derived from the name of the land, “O-ishigahara”(Big Stone Field). The founder of the area was believer Nanjo Shichirojiro Tokimitsu, who was Lord of the Fuji Ueno province. In 1282, Nikko Shonin received the entire Heritage from the Daishonin. He was therefore installed as the Chief Priest of Minobuzan Kuonji Temple after the Daishonin’s passing.

Several years later, Hagiri Sanenaga began to gradually slander the Law with his erroneous ideas under the deception of Minbu Ajari Niko. Although Sanenaga’s Master, Nikko Shonin admonished him again and again, Sanenaga did not change his attitude toward slandering the Law.

Nichiren Shoshu Head Temple Taisekiji is the sole original place for practice where the founder Nichiren Daishonin’s teaching has been handed down correctly to this day in order to save all mankind.