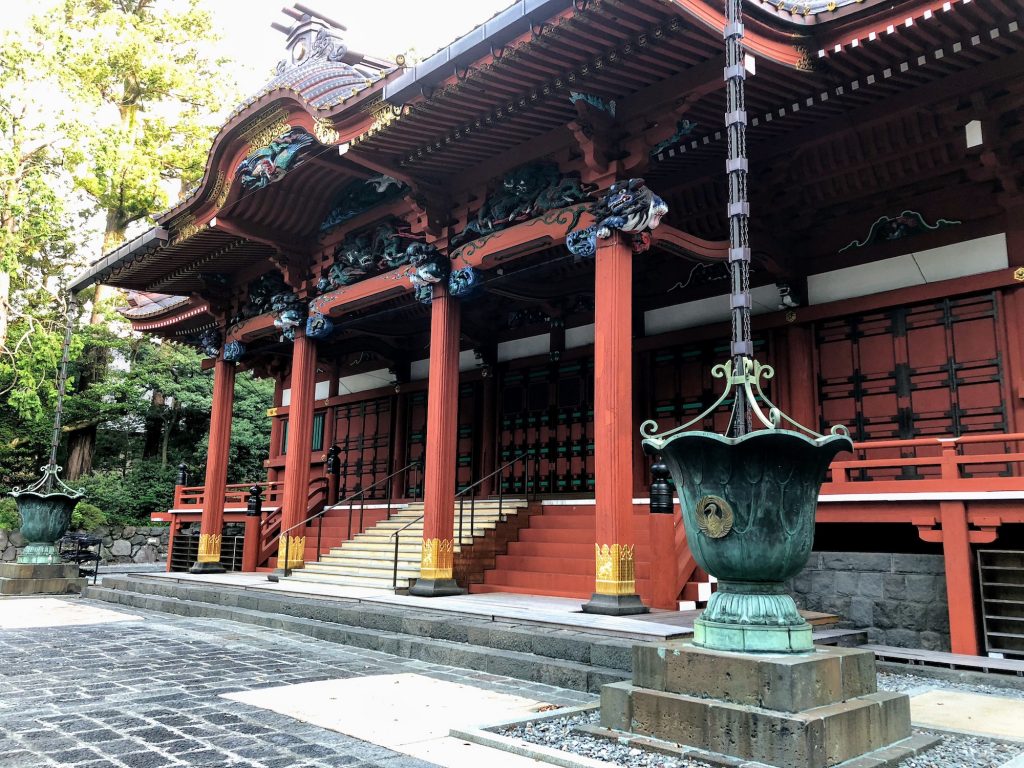 Attending the various ceremonies at the temple is an important part of the practice of Nichiren Shoshu. It is here where we put the profound principles of true Buddhism into a concrete physical form, so that we can participate in the true teaching with our bodies and minds. At the ceremonies, conducted by the Nichiren Shoshu priest, faith, practice, and study all come together.

Through attending the ceremonies, we are able to repay our gratitude to the True Buddha, who established true Buddhism and inscribed the Dai-Gohonzon, so that all people can be relieved of their suffering and led to the attainment of Buddhahood.

New Year’s Day has been celebrated in various ways since ancient times and marks the renewal of a person’s determination to open the way to happiness. In the Gosho, “Reply to Akimoto,” Nichiren Daishonin states:

In considering the order of the five seasonal festivals, we find that they correspond respectively to the five characters of Myoho-Renge-Kyo. New Year’s Day celebrates the character Myo. (Shinpen, p. 334)

The Koshi-e Ceremony is conducted at the Head Temple Taisekiji on February 7, the memorial date of Nikko Shonin’s death. Local Nichiren Shoshu Temples honor this ceremony also, but usually at a convenient date nearest to the 7th.

Nikko Shonin was the only one among Nichiren Daishonin’s senior disciples who was capable of directly receiving the Lifeblood of the Law as the Second High Priest. His total dedication to the Daishonin and spirit to preserve His true teachings for future generations have become the eternal foundation of Nichiren Shoshu.

Learn More About the Koshi-e >

Learn More About the Ontajo-e >

Higan-e: Memorial Service During the Equinox

The Higan-e Ceremony is widely practiced in all forms of Buddhism in Japan and is usually conducted on March 21 and September 22, the days of the vernal and autumnal equinoxes. On these two days, the length of daylight and darkness in a day is exactly the same, and the sun rises due east and sets directly in the west. The memorial service conducted on these days for our departed ancestors is called the Higan-e Ceremony.

Learn More About the Higan-e >

The Goreiho Mushibarai Daiho-e or the Grand Ceremony of the Airing of the Sacred Treasures, conducted at the Head Temple Taisekiji every year during the two days of April 6 and 7, is one of Nichiren Shoshu’s two great ceremonies, the other being the autumnal Gotai-e (Oeshiki) Ceremony. A great number of extremely important treasures have been preserved by the priesthood during the long seven hundred year period since the time of our founder Nichiren Daishonin. Once a year, great care must be taken to expel moisture and harmful insects from these treasures so that they may be passed on to later generations far into the future. At the same time, this momentous ceremony provides a chance for the many participating worshippers to deepen their faith.

Learn More About the O-Mushibarai >

Learn More About the Risshu-e >

Urabon: Memorial Service for the Deceased

Since the early days of Buddhism, the Urabon Ceremony is a time set aside for people to pray for the peace and happiness of the deceased. “Ura” (Sansksrit: ullam) of Urabon means “the agony of being hung upside down.” It is a metaphor for the suffering of starvation and thirst one undergoes in the world of hunger. The misery of the life-condition of hunger is likened to being hung upside down. When one is hung upside down, it is impossible to help oneself. One’s thirst cannot be quenched and one’s horrible frustration is never completely satisfied in this position. “Bon” (Sanskrit: bana) means a tray or vessel of food to ease the pain of suffering. In other words, Urabon is the ceremony for those who can no longer help themselves, but who can be assistance by a priest, who makes an offering to the Buddha on their behalf to relieve their suffering.

Learn More About the Urabon Ceremony >

The Gonan-e Ceremony becomes very significant when a believer fully considers the reasons why we conduct it. Specifically the Gonan-e Ceremony commemorates the Tatsunokuchi Persecution. Studying this event helps believers realize the meaning of Nichiren Daishonin’s advent, the hardships he suffered in order to prove the validity of the Lotus Sutra and the reasons why Nichiren Shoshu can be called True Buddhism.

Learn More About the Gonan-e Ceremony >

Nichimoku Shonin, the Third High Priest of Nichiren Shoshu, was born to Niida Shigetsuna in Izu Province in 1260, the same year Nichiren Daishonin presented the “Rissho Ankoku Ron” to remonstrate with the Kamakura government. He was originally named Torao-maru and was the fifth of six sons.

In September 1272, at the age of twelve, He entered Enzo-bo Temple at Mount Soto (also called Mount Izu) near His home in order to study. In 1274, He witnessed a debate between Nikko Shonin, who was propagating Nichiren Daishonin’s teachings in that area, and Shikibusozu, an influential priest of Enzo-bo Temple and master of the Shingon sect. As a result of the latter’s sound defeat, Torao-maru converted to Nichiren Daishonin’s teachings. Two years later, after studying under Nikko Shonin, Torao-maru was ordained at Mount Minobu. He was given the name Kunaikyo-no-Kimi, which was later changed to Nichimoku.

Learn More About the Mokushi-e and Shichi-go-san > 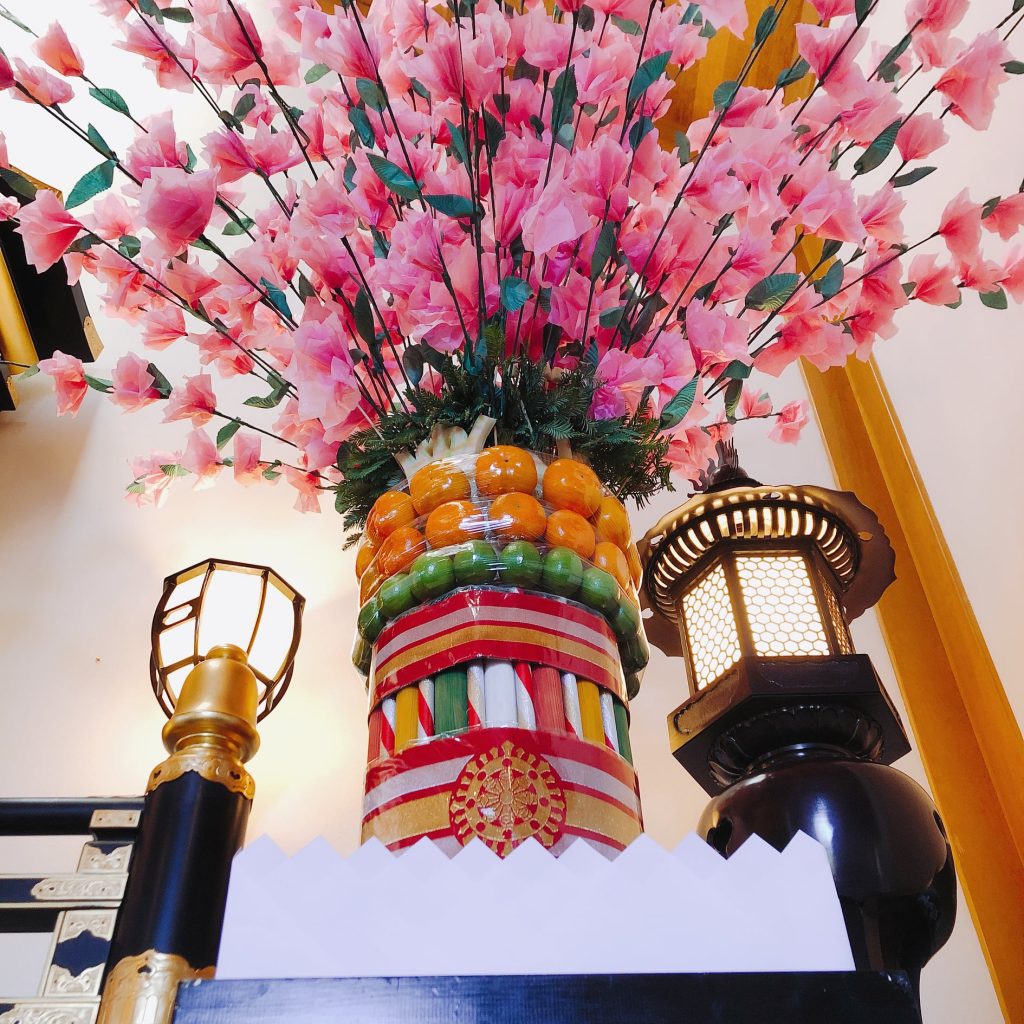 October is the month we celebrate the passing of Nichiren Daishonin. At local temples this ceremony is called the Oeshiki Ceremony. At the Head temple it is called Gotaie.

Nichiren Daishonin passed away serenely at the Ikegami Munenaka residence in Ikegami (present-day Tokyo) on October 13, 1282, while many of His close disciples and believers chanted Nam-Myoho-Renge-Kyo. According to the “Document of Nichiren Daishonin’s Passing,” written by Nikko Shonin, the Daishonin passed away at about eight o’clock in the morning. At the same time, there was an earthquake and the cherry trees in the garden bloomed out of season. This account of the earthquake awakens us to the realization that the physical passing of the True Buddha, whose life is the life of the universe itself, is to be mourned. The blooming cherry tree reminds us that it is to be celebrated because the life of the Daishonin remains the same – immortal and always present.

Learn More About the Oeshiki >

In the course of the 700 year history of Nichiren Shoshu, there has been a gradual increade in the number of believers who have learned about and experienced the magnificent benefit and great power of the Dai-Gohonzon. The successive High Priests have felt a great compassion for the faith of these pure-minded believers and have given them the opportunity to visit the sanctum that protects the Dai-Gohonzon, have an audience with the Buddha, pray to the Dai-Gohonzon, and repay our debt of Gratitude to The Three Treasures.  This is called Naihai.

Ushitora Gongyo is conducted by the High Priest. This special Gongyo is a prayer for the establishiment of Kosen-rufu for the enlightenment of all living beings. Usitora Gongyo is held every morning in front of the Ozagawari Gohonzon (the Gohonzon bestowed upon the Third Hight Priest Nichimoku Shonin by Second High Priest Nikko Shonin) in the Reception Hall (Kyakuden) at 2:30 am (during the hous of the ox and the tiger). This special ceremony has been conducted each morning for more than 700 years. The translation of Ushi-tora means “ox and tiger.” The hours of the ox and tiger have been viewed as the time of the departure of darkness and the arrival of light, and is the transitional time in the rhythm of nature, of night and day, and of yin and yang.